The history of Caravan Cowork in Aix-en-Provence begins with the founder Diego Audemard, an experienced corporate business traveller who had first discovered a coworking space in Barcelona in 2008. Since then, he gained the desire and ambition to create and host his own international coworking space.

Caravan Cowork was created June 5th, 2018 as a place to work, get inspired, revitalise entrepreneurial projects, and promote the development of independent or collaborative activities through online and in-person networks. It’s where different activities can share experience, expertise and day to day tips!

A WORD FROM OUR FOUNDER

“I have worked 15 years for companies in different work environments, from open spaces to shared offices and private individual offices. I have also been involved in the opening and construction of several commercial offices around the world. I have experienced the pros and cons of each workplace environment.

My goal with Caravan Cowork In Aix-en-Provence is to provide access to a professional work environment (printers, video conference systems, high speed internet, …) combined with a friendly “social” work area (for coffee breaks and discussions, informal discussions and tips, …) to entrepreneurs, home office based employees and small companies.”

Diego plays various musical instruments and is primarily a skilled violinist. Caravan values its foundation in terms of musicality and intellectualism. Thus, we want our clients to join our orchestra, find their rhythm, tune their projects and track their steps!

Switch your environment when needed and reserve a new space, allowing this creativity to follow you wherever you go next.

The caravan logo represents the slow and steady movement of Caravans, who rode camels and exchanged goods in the desert many years ago. Back then, they took long routes just to get from point A to point B. This design illustrates the various routes people took and continue to take today to achieve their personal success. We like to think of these routes as individualized business paths that lead everyone to their own destinations.

The Caravan Cowork In Aix project took shape in early 2018 with the aim of organizing a workspace in the “flow…” The slow and regular movement of caravans, offering the possibility of settling down and meeting others, etc., like caravanserais!

These ideas of movement and settling can be found symbolically in the heritage left by the poet from Provence, Charloun Rieu, who gave his name to the street where Caravan Cowork In Aix is located as well as to the Jas de Bouffan neighborhood in Aix-en-Provence.

Below are a few extracts from Wikipedia on this heritage that Caravan Cowork In Aix-en-Provence intends to keep alive! 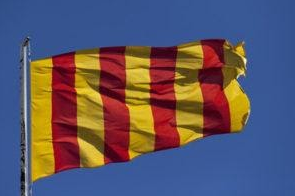 “Charles Henri Rieu, known as Charloun Rieu (November 1, 1846–January 11, 1942), was born and died in Paradou, a village in the Provencal Alpilles (Bouches-du-Rhône) in France. He was a poet and storyteller in the Provençal language. He was very successful within his region after the publication of three volumes of Li Cant dóu Terraire (“The songs of the local land”), songs he composed himself.

Charloun Rieu would go from home to home, from village to village performing his songs. Frédéric Mistral (Literature Nobel prize in 1904 for his work “Mirèio” in the Provencal language) described him in 1884:

‘Deep in the heart of the Crau, in those lost old farmhouses, yonder, between the sea and the Rhone river, where herds of white horses and black bulls graze, the guards and herdsmen, the ‘maraîchins,’ the farm hands, leech fishermen got together on Sundays to wait for Charloun. Sometimes they were over a hundred; they ate a ewe, a few plates of snails, or a carp stew from the marshes. Afterwards, Charloun would get up, and ask, ‘would you like some songs?’ There we would have: harvest songs, songs for shepherds, songs for the olive harvest, songs for soldiers, songs for love affairs.

— Oh, the lovely evenings! Charloun said to me one day. It takes me three hours walking to get there and three hours to get back, over stones and paludal grass: but I don’t pity my legs. Ah, how these people appreciate Félibrige! There it is a pleasure to sing. They listen to you like real crickets.’” 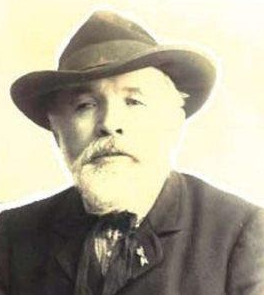 Charloun Rieu offers Caravan this foothold in the region of Provence and around art, not omitting the part of his life as a troubadour at the beginning of the century. 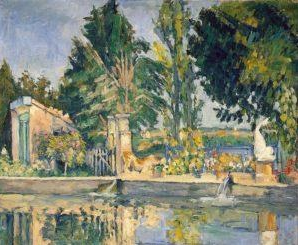 The district of Jas de Bouffan in Aix-en-Provence also has a history and a heritage of itself that are sources of inspiration.

“The word Jas in the Provencal language refers to a sheep barn. Bouffan can be translated as ‘wind.’ Its origin could come from the Provencal word boufa, ‘to blow.’ This word undoubtedly evokes the windy and elevated location of a jas, hence the name for this district.

The district of Jas-de-Bouffan was mainly established thanks to Mayor Félix Ciccolini (1967-1978). It was he who decided to build this future district in April 1969 and turn it into ‘5,075 medium-sized housing units, primary schools, shops, a high school, a stadium and a sports center over an area of 169 acres of land’ in order to accommodate many families deported to France from Algeria. In 1973 he stated that the district of Jas-de-Bouffan, then in great expansion, ‘symbolized our entire city, which for the past few years, is being submitted to the biggest changes of its history.’

Jas de Bouffan is the name of a jas dating back to the 18th century. It was purchased on September 15, 1859 by Louis-Auguste Cézanne, father of the painter Paul Cézanne, from Gabriel-Fernand Joursin. It comprised 15 acres of agricultural and wine land. It was only towards 1870 that the entire Cezanne family settled there, even though Paul had already started going there to paint. The painter set up his studio and began his career. He painted one of his “greatest” works there (painting a mural from 1859 to 1899: “The Four Seasons”) as well as the Le Jas de Bouffan (around 1876) now conserved in the Museum of the Hermitage.

This jas also saw the presence of Auguste Renoir in 1888, but he did not stay for long.

Eventually, the Cézanne family sold the place on September 18, 1899 to Louis Granel, an agronomist from Carcassonne. The house remained in the Granel family and then, through marriages it went into the Corsy family until 1994, at which time Doctor Corsy sold it to the town hall.

Today the district of Jas-de-Bouffan, located only 2,000 meters from the historical city center, is acknowledged as the district with the most trees in Aix-en-Provence. Right now, it is booming thanks to:

The Jas “sheep barn” effectively illustrates the stable footing that Caravan offers to its members. “Bouffan”, the wind, also illustrates the notion of movement, outreach, moving forward… This dynamic is carried onward by the many ongoing projects in the city of Aix-en-Provence.